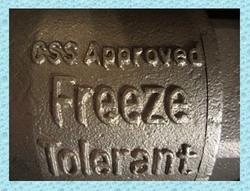 Currently there are no official organizations such as the International Association of Plumbing and Mechanical Officials,(IAPMO), that test or certify any plumbing components made to be freeze tolerant. Therefore, until there is such an organization, the manufacturer, has taken  steps to set some minimal standards in place  so that consumers can be assured that these valves have passed a  certain set of standards as outlined below.

GENERAL INFORMATION: We have  performed over 300 tests over the last 4 years to determine what happens when brass ball valves freeze with water being trapped within, both in the open and closed positions. Tests have  purposefully destroyed both normal and freeze tolerant valves with unbreakable freeze plugs to see where the ball valve will ultimately fail being subjected to over 10,000psi,  and then reinforces that area of failure to further build a better freeze tolerant ball valve to last for many  years of freezing conditions. 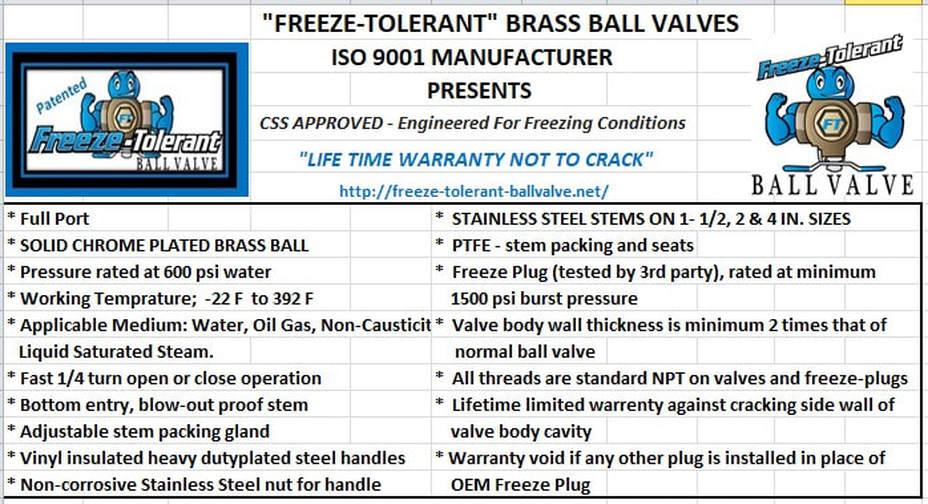